When you are playing (in) a game actually you are interacting with a system; understanding how the system is working that is the basic nature of System Thinking so, a player is a natural System Thinker. However the relation between System Thinking and Game Design is absolutely more sophisticated because the designer actually has to create a brand new system that should be logical, rational and also easily understandable by the players. That’s why thinking of a new game like a new system is an exercise pretty common among game designers.
The goal of this article is about exploring how these two lenses (System Thinking and Game Design) can work together.

Instead of a tedious lecture, to explain how this connection works, I thought to use a technique coming from ancient Greece and very used in Renaissance period: the dialogue. In a dialogue the author invent a conversation among people that have knowledge around a specific topic that he wanted to explore but different perspectives, in this way he could present different views, objections and responses, performing a true exploration of the subject. Just to give an example the “Dialogo sopra i due massimi sistemi del mondo” is the book where Galileo Galilei presented his disruptive vision of the universe.

Clearly we are not here to discuss about such an important topic, but we can imagine a dialogue between a Game Designer named GorDon (GD) and a System Thinker named STephanie (ST), and listen their conversation about the creation of a brand new game, while trying to understand the different roles in this process.

NOTE. To distinguish the different speakers we are going to mark each comment using their references (GD or ST). In bold I have highlighted the unique contributions to the conversations coming from the different parts. 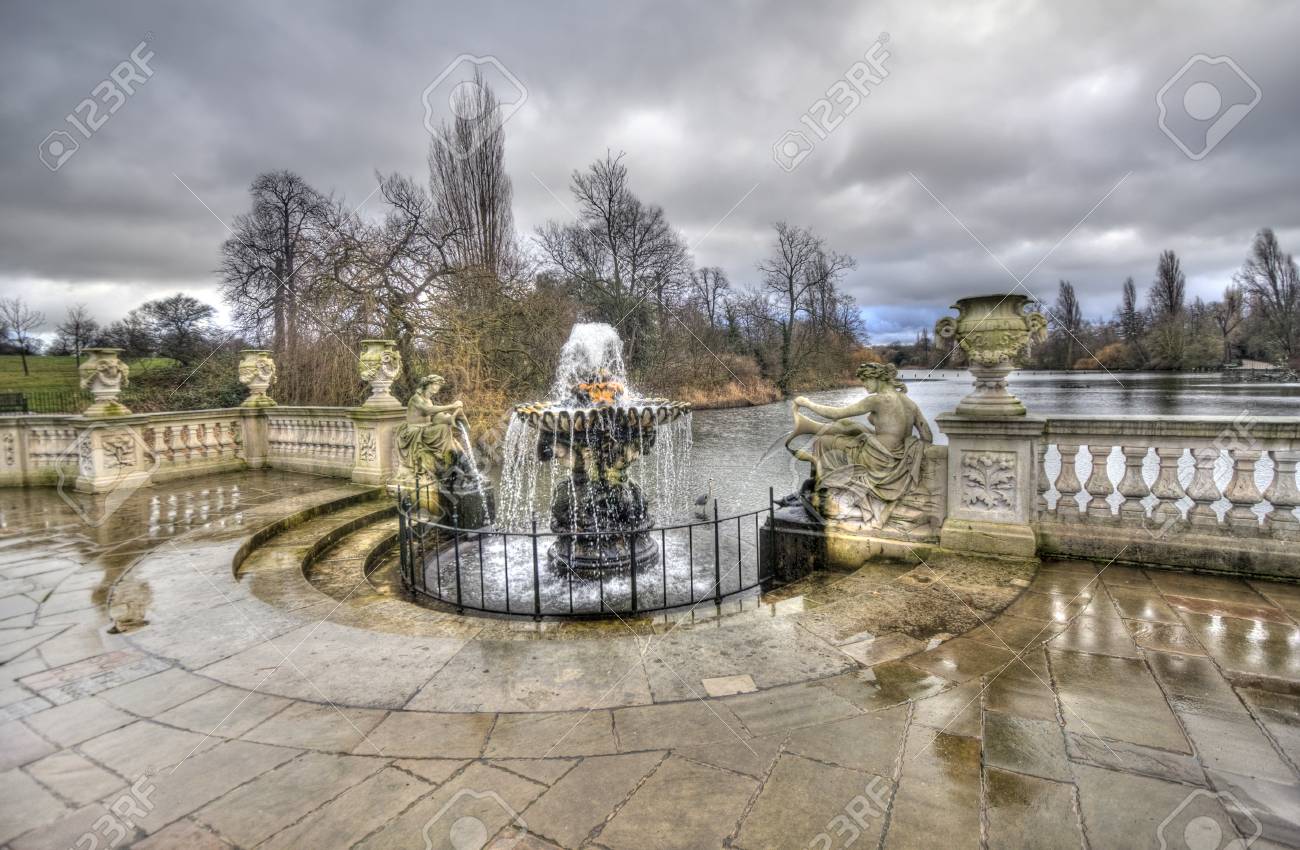 GD: Good afternoon Stephanie and thanks for accepting my invitation to spend this warm day at the Italian Gardens of Hyde Park taking about a new game I am thinking of.

ST: You are welcome Gordon. It was a pleasure to hear you while thinking of a new game, give some eventual contribution, and in the same time enjoy this wonderful place and weather.

GD: That’s true Stephanie, we can walk while talking.

I was asked to create a new game for the leaders of a big Company, to explore the advantages of scaling processes across large enterprises. I have identified some requirements of this game but I am a little bit stuck on the mechanic.

ST: Let’s start with the boundary conditions of this system, what are your requirements?

GD: The subject of the game is scaling, and the game should be (obviously) scalable and eventually involve a large number players: let’s assume we have 100 players. It should be a sort of icebreaker to prepare people around scaling and synchronicity across organisation. Players should be leaders of business unit of a large organisation that have some anti-patterns while collaborating.

ST: What are the interactions among the different parts of the systems (players, components…)?

GD: We need to define these, but ideally, as an icebreaker, should be easy to play like Rock-Paper-Scissors game (later RPS) and easily scalable like Bingo. 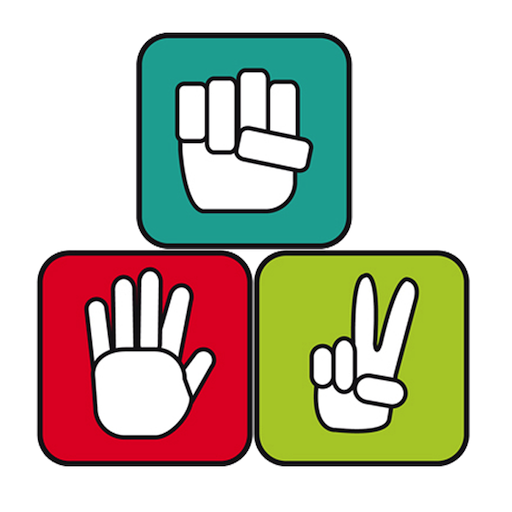 ST: Let’s explore RPS game and try to clearly understand this system and let’s use a mathematical perspective (if you need more details you can explore the following link). This game is perfectly balanced for very specific attributes (conservative, essentially polyadic, strongly fair, and nondegenerate). Let me summarise effect of these attributes on the new game:

GD: That’s interesting, challenging starting point but something we can start from.

To simplify the process of collecting the choices we can use cards (instead of players’ fingers/hands), but clearly we need to define a different interaction model also because, as described in the linked RPS article, apparently the position of the player is relevant and this is not feasible in the situation we want to create.

GD: So we can cluster all players’ choices (read collect cards in decks) by similarities and see the results. But again scaling is too complicated and also where is the fun to draw a card if we miss the goal?

ST: We need to add some strategy. This could bring to a goal and also to a reason to take a decision to pick a different card and lead to win the game. Original RPS doesn’t have any strategy (random is not a strategy!), but each system should have a goal. Again, we can use Nature as a reference: when you have some consumable resources you need a strategy to keep or collect resources.

GD: We have cards that can be consumed in some way and everyone is starting with the same set of cards. Maybe we can use double sided cards where the choice on one side could influence resources on the other side, so we could create different combinations of front and back sides where the players could pick (and consume) one of the possibilities, defining their own strategy on future actions. Each player can follow/predict different strategies so we have differentiation.

GD: That’s trivial to achieve. We can have a “called element” that is the attribute to play a card (front side) and use the elements on the back side (”hidden element”) to cluster cards and collect combinations. So you have the called element as consumable resource and the hidden element to apply a strategy for future choice. Given back and front could not be identical, you have different combinations and so apply different strategies.

We can create a game mechanic with 4 elements, where 4 is a very common number in Business Strategy. For example we could use the PDCA cycle (link) that is very related to many processes of innovative organisations; in this way we can use the game to educate organisation to the PDCA cycle. 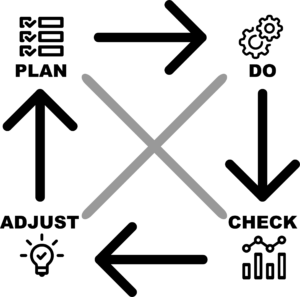 ST: Each step of the PDCA cycle has a previous and consecutive and in combination with the last one we can have a tie (impossibility). So the game is balanced following exactly same logic of RPS. Also scaling is easy because every player has the same set of cards and clustering can be managed even with 100 players.
We need to work on the double sided cards from the statistical perspective (combinations).

[Stephany draw a matrix just aside the cycle]

This is the matrix of possible combinations front and back of the cards.

You can observe the balance of the signs by row and column.

As you can see the diagonal is forbidden (give the constraint to remove repetitions) and this diagonal actually create two identical areas above and below, so we can use just one of these. In this configuration we can have 6 double sided cards.

GD: Six is not a good number for cards. If we’ll use poker size cards, these are printed in A4 sheets of 9 cards. Is there some way to create 9 balanced cards?

ST: Actually we could duplicate that two tie combinations (“=”) so we can create one more option for each of the elements. In this way we can arrive to 8.

GD: That’s fine we can create a ninth card with instruction of the game or something to identify players. In this way if we want to scale to 100 players we need just to print the same sheet 100 times and distribute one to each player that could personalise it. Scaling the game could be absolutely trivial. 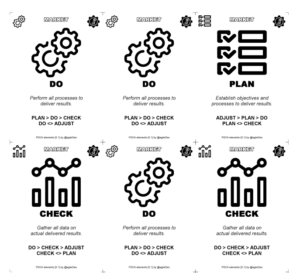 ST: As per above matrix you can see that given any called element, at the beginning of the game players have 4 possible choices for hidden elements, and player’s choice at every turn influences following decisions. At the beginning in theory you have 16 choices in total, 4 for each element.

GD: That’s great, so we can define that each game need to consume all cards, so it is based on 8 turns and the first player changes at every turn; in this way your choices are reducing every turn and at the end of the game you will have just one card. We need a specific rule to manage the condition of not having the “called element”.
Can we explore the clusters of the played hidden elements?

ST: With this configuration of cards, in each turn, we can have 3 different possibilities of clustering  the hidden elements: one cluster for all, 2 clusters, 3 clusters. Because of the structure of the PDCA cycle, we can use the cycle itself to identify winning elements

GD: I see we can use the cycle to assign points:

ST: now back to one of the initial questions: we have the components, we have the mechanic, we have scoring rules, but why our players want to play? Or, from the system perspective, what is the goal of the system?

GD: The mechanic of the called and hidden element can work from a competitive point of view, however we could use in collaborative perspective and give maximising score as goal. This means to select the same hidden element and, from the scaling perspective, the message is to be synchronised. So we could change the score in case of one single cluster to 3 points to make it clear that this is the best situation for the system.

However we need also to introduce a further rule: no communication and no plan in advance the sequence of the cards. This is a strong message from the organisation perspective because we need to know what other units are doing without any communication and this requires to be synchronised in some way.

ST: Finally the goal of the system in the collaborative mode is exactly the message you want to deliver to the players: scaling is more effective if units are synchronised. Maybe we can use competitive mode as warm up and collaborative as final game to generate a constructive conversations among players.

GD and ST together: This game is ready to be implemented. [both are smiling each other]

I hope you enjoyed this “divertissment” (a la française), but I also hope you had some doubts on who Gordon and Stephany could be in reality. They are not different persons but actually are different parts of our brain: we have a more creative, intuitive and divergent right hemisphere (Gordon), and we have a more rationale, analytical and convergent left hemisphere (Stephany). So you can understand why creating game is a complete activity from the intellectual point of view that can be compared to other “more serious” tasks.

Now, what about this game?
Actually PDCAelements is a real game, and it is available on DriveThruCards portal (LINK) in an implementation for 12 players using a standard poker double deck based on 12 different business components to identify players. As we have seen, this game could scalable to larger audiences.

The real process of creation of this mechanic (called “elements”) was not very different from the one described above and you can find some track of it in a couple of threads on BoardGameGeek, where the game has been introduced and is one of the game selected for the 54 cards game context 2021 (the only serious game in list).
[here we are testing the 6 players version)

As Agile coach I really love this PDCA themed implementation, because this is probably the only game available on this subject, it is easy and quick to play and every play test highlights different discussions.

The”element” mechanic here described is absolutely flexible and can be used for many different situations: for example I have created a Christmas theme and its first implementation is based on the 4 natural elements and the zodiac signs.

If you are interested the mechanic is available with Creative Commons 4.0, the only request is to mention the name (elements) and the author (@agileDex). Feel free to contact me for more details.

The Pizza KATA series on linkedin